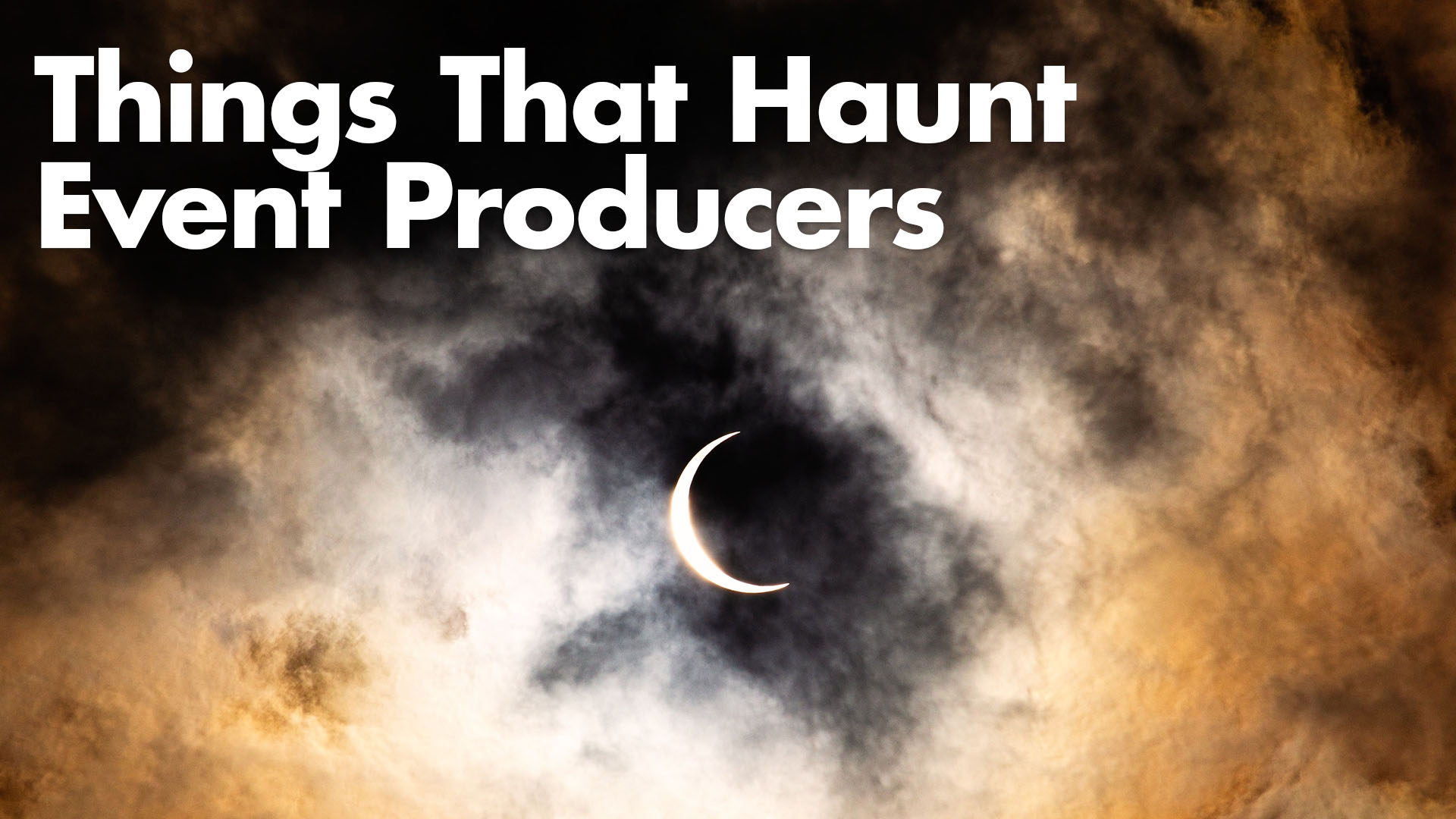 It’s spooky season! So, gather round the campfire with a mug of hot apple cider and a bowl full of candy corn because we have some scary stories for you. Event producers are a different breed, though, so our tales don’t include ghosts, witches, or masked serial killers in the woods. Here’s what haunts us this Halloween.

The Scary Weather Surprise
’Twas the night before an event, and all the plans were ready for thousands of participants to arrive the next morning. And suddenly…an unforeseen hurricane took a turn and started heading right for the event site. Boo!

The Tale of the Surprise Guest
Playwright Jeremy O. Harris wove a frightening tale on Twitter recently about how Adele decided to see his small, Off-Broadway play at the last minute which left him scrambling for tickets to his sold-out show, sent the cast and crew into a tizzy, and ended up being a complete disaster when the world-famous singer walked out right before curtain. Surely this is a story that would keep any event producer up at night.

The Case of the Empty Case
In the distance across the field, you see the storage container the equipment vendor dropped off. As you walk closer, the whistling winds howl in your ears. The rusty container opens with an eerie creak to reveal…nothing. The supplies you were expecting, the boxes of race bibs, the cases of water —– all missing. What a nightmare!

The Burning Command Center
It’s late at night, and you’re working hard in the RV you’re using as your event command center, huddled over maps and spreadsheets, and generally keeping everything under control. When suddenly you smell something slightly smoky. You’re on fire! Better make a run for it!

The Mystery of the Broken Supply Chain
Those T-shirts you ordered are stuck on a ship in a China port. That signage is weeks behind delivery date. You need cardboard? Forget about it! The whole supply chain is broken, and it’s taking your event down with it.

Those certainly are some horror stories for event producers. But here at Event 360 we stand up to those spooky monsters with bravery. In our experience over the years, we’ve faced some form of each of those boogey-men. Like the hurricane that decided to visit the Philadelphia 3-Day one year or the unexpected cold snap that turned our MuckFest water obstacles into ice obstacles. The time Dennis Rodman decided to drop in on an event or when an electrical short sent our command center RV up in flames. But thankfully we survived each of those horrific situations and emerged ready to take on the next challenge!

A graduate of Northwestern University and the University of Southern California, Joann Buckley Collins has been writing and implementing communications for nonprofits for more than 20 years. She’s been Event 360’s Senior Copywriter since 2004, bringing her expertise as both a writer and a strategist to our clients. She lives in Los Angeles with her husband and two sons. 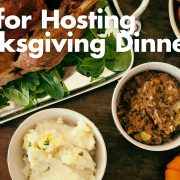 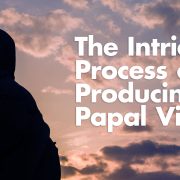 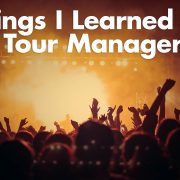 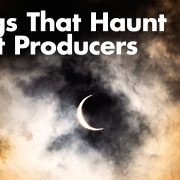 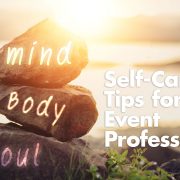