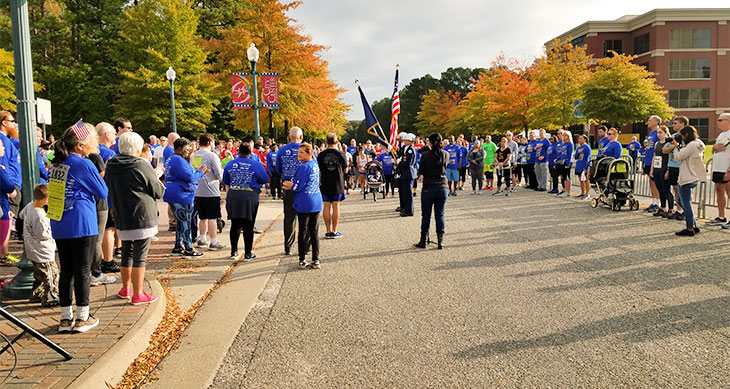 A Magical Moment from the DAV Run to Honor Veterans 5K

We recently wrapped up the DAV Run to Honor Veterans 5K series, taking place in six cities over two weekends in November. And while our job on this project is more focused on logistics – the route, the site, the timing company, the moving pieces – it’s moments like the story below that you won’t find in any of our Operations Plans. Moments that happen organically; that are bigger than the event, and that make the work we do in partnership with our clients so very meaningful.

A veteran came to packet pick up on Saturday and indicated he was planning to ride his bicycle for the race. With the DAV 5K, the race includes hand cycles for disabled veterans that want to ride, but upright bicycles are not included or permitted for the route. The man was frustrated, and while the volunteers and DAV staff worked to soothe the situation and encourage him to walk the course, his frustrations grew due to physical limitations that would make doing so difficult for him. There unfortunately seemed to be no resolve for him at the time, but all were hopeful that we would see him on race morning and employ a solution to support his participation.

On the morning of the race, we relayed to him that we were prepared to support him on the route and pick him up if and when he felt he needed it. We ensured he had a contact should the route caboose not be nearby. He was quiet and a bit gruff; understandable given the situation. As he lined up for the race, many of the spectators at the Start Line took notice of him and began cheering him on – including a group of sorority volunteers, who then decided to escort him out on the route. Together they walked for about a mile, at which point the caboose on the course drove them to the final turn of the route. I encountered him walking toward the finish line with the group of sorority sisters, and his whole demeanor had changed. He was smiling and having the time of his life, while the sorority volunteers danced and walked him in, cheering and reveling in his moment. When he crossed the finish line, we handed one of the sisters the finisher medal that was for veterans only, and as she put it on him the group of spectators that had taken notice of him at the start erupted in cheers.

This story highlights those magical moments that are cherished on event. The unplanned, unexpected, and unparalleled. This is what the work we do is all about, and it is an honor! 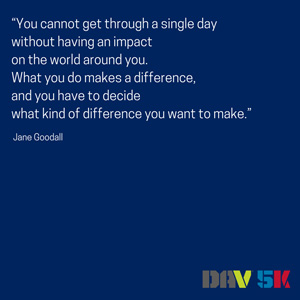 Janelle brings passion for client satisfaction to the Account Management team with a keen attention to project timelines and dedication to ensuring successful events. She currently works on the Florida AIDS Walk & Music Festival for the AIDS Healthcare Foundation, the Ride for AIDS Chicago for TPAN, as well as the Disabled American Veteran’s 5K Race series. 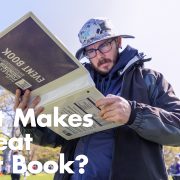 What Makes a Great Event Book?

What makes a great event book? Well of course it all… 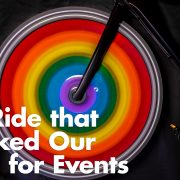 The Ride that Sparked our Pride for Events

After years of producing events, there is one thing we know… 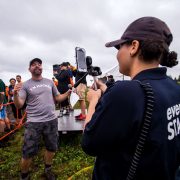 By Abbie Peterson and Monica Roos

Non-profit professionals are notoriously known for wearing many…

Dive into Summer Events with these Helpful Tips

As we begin the summer season, outdoor events can feel like an entirely different… 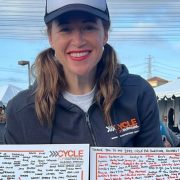 In 2004, only six months after my father was diagnosed with…